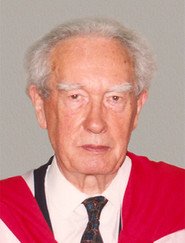 It is my honour and privilege to speak on behalf of myself and the other Doctors honoris causa. We are all, of course, very grateful to the University of Hong Kong for this memorable distinction.

Some of us have already been honoured before. In fact, this is my 29th Honorary Doctorate. I can assure you that the last Honorary Doctorate that you receive is always the best one. Of course, until you start thinking about the next one!

The foundation stone of the University of Hong Kong was laid in 1910 by the Governor of the day, Sir Frederic Lugard, with a golden trowel which is said, by a miracle, to have survived to this day. In 1911, the University was given a constitution and the University was brought officially into being on March 13, 1911. at this time, the Hong Kong College of Medicine, itself founded earlier in 1887, was incorporated into the University. The University was formally opened on March 11, 1912. it was planned as a secular University like London or Manchester in the U.K. and has remained so.

The first World War did not touch Hong Kong directly, but the aftermath caused economic problems. However, education in Hong Kong was cheaper by a factor of four than in the U.K., so that the University served a growing number of students. By 1940, there were 600. of course, the years of the second World War were disastrous for Hong Kong. The Japanese occupation destroyed much of the University. However, by 1948, the University, like the proverbial Phoenix, had risen again from its ashes. The Hong Kong Government contributed $4 million and the U.K Government, £1 million (but from confiscated Japanese assets).

By 1953, there were 850 students. After that, growth was rapid and by 1992, the eightieth birthday celebrations, there were about 11,000 students and the University enjoyed a reasonable endowment of about $1,000 million. It had become, and remains, a leading Centre of Excellence in Asia.

The University of Hong Kong is very well organized. We have a Chancellor, a Pro-Chancellor, a Chairman of the Council, a Vice-Chancellor, Deputy Vice-Chancellor and three Pro-Vice-Chancellors, as well as, a Treasurer. This wealth of talent is reflected in the directions that I received for the Ceremony this afternoon. I have never attended an Honorary Degree Ceremony which was better organized in writing and in advance.

The statistics for the Honorary Degrees that have been awarded in the past are of interest. The commonest Degree is that of Doctor of laws of which there are 134. So our two new Doctors have increased the number by only 1.4%.

More rare, but not more distinguished, are the Doctors of letters (28) and the Doctors of Science (22). So today, we have increased their numbers by 3.6% and 4.5%, respectively. The Doctors of Social Sciences are 19 and we shall not change their number. The rarest Doctors are those of Divinity, only two in the whole history of the University. Would it be that my short article that I wrote on Religion some year ago qualify me for this Honour? It is too late to ask the University to change its appreciation of my services? I am afraid so, but just think what one more Doctor of Divinity would have done to the statistics - a 50% increase.

Dr. Mong and Sir William Purves, our new Doctors of Law, are both great figures in the world of economics. The British say Captains of Industry: not a suitable term for our great Economists and Bankers - perhaps Generals or Generalissimos of Economics would be more suitable.

If we can judge the importance of our new Doctors of Law by the wisdom they have shown in the direct or indirect creation of wealth, it is more difficult to judge the value of our new Doctors of Letters and of Science. Perhaps some people will be surprised when I say that art, and the creative processes of painting, sculpture and composing music, are not so far away from creative science. In both cases, there is, at a certain moment, a creative conception of how the world could be changed.

Nearly all of us can understand the beauty of Professor Chao's paintings: far fewer can appreciate the intellectual beauty of the creative process in Scientific thought: but it is there.

Most minds exist in a world of thought which is like a prison. We conform to the dogma of the day. But some of us can sometimes escape over the wall of the prison and create new thought processes which enlarge the prison on thought. But new walls remain.

The origins of Conformational Analysis in 1950 and of the Genetic Code in 1952 were quite similar. Both theories were due to non-conformists, rebels if you like, who have multi-disciplinary backgrounds. In both cases, a multitude of facts needed a simple theory to unite them. I have described this process of reasoning, where there is not a strict chain of logic, as gap jumping.

The modern world has shrunk. We are all the time in instant contact with all our fellow men. We are also all the time, in principle, in danger of nuclear annihilation. Application of Science has certainly changed the World. Economists and Bankers recognize this. They realize that zero expenditure on Science produces zero Applied Science. However, I hope that they will realize also that millions of dollars spent on Science will certainly produce elegant publications, but may also produce zero Applied Science. What really counts is not the Science, but the scientists. You must support those who can climb that prison wall and not those who merely rest quietly in their prison cells.

I speak now about Science in Hong Kong. We new doctorates can be proud of our new University. It is dynamic, but learned; it is ready for a changing future, but not apprehensive. As the Rayson Huang Visiting Professor just a few weeks ago, I have only seen the Chemistry Department in detail. I must say congratulations to the Department for all the good papers published and for the progress made under the leadership of the Head of Department, Dr. Roy Letcher, and of the only current Professor, the young, dynamic and home-grown Professor Che. If what I have seen is representative of the University as a whole, then the University has a bright future in keeping with its historic past. I am sure that the University of Hong Kong will remain a bright star in the evolving firmament of knowledge.

It is not customary for the Honorary Doctorates to present their new University with any mark of their thanks. But I thought that this time might be different. I have here a book entitled, 'Some Recollections of Gap Jumping', written by myself. I have added a dedication which reads, 'To the University of Hong Kong, with appreciation, admiration and gratitude from the Honourary Doctorates of the Class of '94'. I shall now present this book to the Chancellor who represents the University. I do not expect the Chancellor to read this book: he is far too busy. However, he can pass it on to the Pro-Chancellor, who can pass it onto the Chairman of the Council, who will pass it onto the Vice-Chancellor and thence along the Administrative Chain to the Treasurer. Hopefully it may ultimately end up in the University Library where the real readers, the students, might find it of some interest.

Again, we Honorary Doctorates of the Class of '94 thank the University for the great honour we have received.