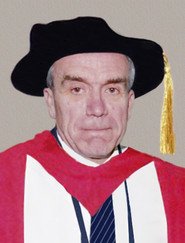 It is a privilege to respond on behalf of my fellow new honorary graduates and to thank the University for this great honour and for this splendid occasion.

Having become familiar with the history of Hong Kong and reflecting that we are all here by various accidents of history combined with the driving influence of a diverse mix of characters and motives of the past, I appreciate more than ever the foresight and difficulties that Sir Frederick Lugard must have had in proposing and delivering his vision of a university for Hong Kong. Even more do I appreciate his efforts since I have come to deal with the multiple layers of government now in place in Scotland. Therefore and sadly, it is no surprise to me that the British government only granted scholarships to the university worth, then, £300 per year while the, what were then transliterated as, Peking and Canton authorities each provided £25,000. But Lugard and the University that was formed may have had it easier than we do now - at least the UK government then (as all governments are prone to do now) did not review every couple of years whether the continued expenditure was still needed or achieving benefits that could only become evident after decades.

I am fortunate enough to have been associated with this University for thirty-five years and to be a graduate of it. I would, therefore, like to spend a little time on the importance of seeing and living in different parts of the world from one's own. That brings not only a benefit from the interchange of ideas and problems but also the appreciation of the different historical perspectives that obtain in different parts of the world, against a background of the universal knowledge that we all seek, in my case in the biological sciences. Only by living in a country can one come to appreciate that solutions and systems developed in, say, middle England may not be appropriate for other parts of the world, and vice versa.

I know that many members of this Congregation will also have enjoyed the opportunity of living and working elsewhere. That is one of Hong Kong's great strengths. But what concerns me is that science is now too competitive and young scientists seem more reluctant to spend time working in other countries since they feel it may damage their chances of getting a permanent or tenured post or of getting another research grant on which their career depends. Visits abroad seem to be for four days in a conference centre or university residence while facing an overloaded programme and coping with the physiological effects of a difference in time. That is not the same as actually living and working in a country.

I am pleased to say that the problem is being recognized in some quarters. My friend and former colleague, the Foreign Secretary of the Royal Society tells me that an innovative scheme that provides two years of support for research overseas followed by two years in UK or other country of origin is in place. This scheme provides a base from which the young scientist can be integrated into the UK or their own science base and apply for future jobs and research grants, rather than having to do so from many thousands of miles away. He also tells me that the scheme for such scientific working exchanges with China (including the Special Administrative Regions) is larger than that with any other country. His position of Foreign Secretary, incidentally, pre-dates the similarly named post in the British government. Scientists - even before that name was invented for those who did science - recognized the importance of international exchange of knowledge, experimental evidence and people long before the politicians.

It is my strong opinion that only by having scientists who can work within and between different countries can we hope to tackle the major problems that face both the world as a whole and provide the fruits of science and technology to different regions and countries. In that respect I am concerned that while the biological sciences and technologies have the potential to form the important industrial bases of this century, as physics and the physical technologies did in the last one and a half, the horizontal division of the biological sciences is producing scientists who cannot appreciate what they are doing in broad terms. Molecular biology, with its powerful explanatory but not predictive power, has, in some universities - but not in this one I am delighted to say - replaced rather than added to research and education at higher organizational levels of organisms and systems, for example. The graduate output of such places may be ideal for employment in biotechnology spin-out companies, for example, but they are simply not equipped intellectually to deal with bigger issues in an even bigger world.

Science is under attack, particularly in parts of the western world, by those who do not - or do not wish to - appreciate that science is about dealing with matters of uncertainty. Freedom from hunger, freedom from the effects of war and freedom from many diseases - hard fought advances of science and technology - seems to have instilled in a large number of people the view that everything is known and that they have a right to limitless health, to absolute levels of safety and to assured longevity. The public's view of science is now being manipulated by self-appointed pressure groups basically opposed to progress or to particular political systems. Such groups both discount the role that science, technology and engineering have played in improving people's lives while instilling fear that future developments will damage health, safety and the environment. Science itself needs biological scientists who can deal with such issues and provide, consider and explain the evidence on which views and claims are made and who can look at issues wider than their own country or region. Examples of such problems are population, future food and water supply, the sustainable use of resources and biodiversity. Therefore, it is with great delight that I note the University's and the people of Hong Kong's commitment to the biological sciences with the construction of the Kadoorie Building.

May I conclude now by saying - re-iterating because it has been said many times before - that this University has, since it inception played a vital role in world knowledge and understanding. Indeed, its role pre-dates its inception since the contributions of Sir Patrick Manson to the science of tropical medicine done here in the Hong Kong College of Medicine which was a major precursor of the university when it was established 1911, were an outstanding example of local research with international importance. We are honoured indeed to be honorary graduates of what to us all is a very special university.