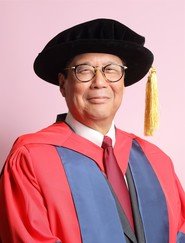 Mr Justice Ribeiro is a Permanent Judge of the Court of Final Appeal of the Hong Kong SAR Judiciary.

Mr Justice Ribeiro was born in Hong Kong in 1949 and was educated at La Salle College before reading law in the United Kingdom. He obtained his LLB (1971) and LLM (1972) degrees from the London School of Economics. On returning to Hong Kong, he taught as a Lecturer in Law at the University of Hong Kong from 1972 to 1979. These were the early days of Hong Kong's first law school, and Mr Justice Ribeiro was instrumental in helping to lay down the foundational principles of the teaching of common law and in nurturing the values of the rule of law in his students.

He was called to the English Bar at the Inner Temple and to the Hong Kong Bar in 1978 and entered full-time private practice in Hong Kong in 1979, practising generally in the field of commercial law. He was appointed Queen's Counsel in 1990. While at the Bar he served on the Bar Council. He also served as a member of the Operations Review Committee, an oversight committee of the Independent Commission Against Corruption, until 1999.

Mr Justice Ribeiro was the Vice-Chairman of the Chief Justice's Working Party on Civil Justice Reform and drafted the Interim and Final Reports on which the procedural reforms adopted in 2009 were based. From 2008 to 2014, he was a member of the Judicial Officers Recommendation Commission which recommends judicial appointments. He presently chairs the Judiciary's Committee on Information Technology.