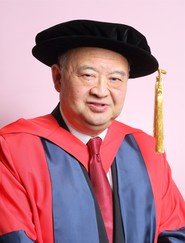 Chief Justice Geoffrey Ma Tao Li is the Chief Justice of the Court of Final Appeal of the Hong Kong SAR Judiciary.

He began his private practice in 1980, practising in Hong Kong and in Singapore. Chief Justice Ma has wide legal experience in various areas of the civil law. His main areas of practice were: arbitration, commercial (including shipping, admiralty, banking, insurance), company, building, administrative and constitutional law. He was appointed Queen's Counsel in 1993.

He was appointed Chief Justice of the Court of Final Appeal in 2010.

At the University of Hong Kong, Chief Justice Ma has served as an Honorary Lecturer in the Department of Professional Legal Education of the Faculty of Law since 1987 - generously sharing his expertise and experience with students and faculty members for over three decades.

Chief Justice Ma was awarded the Grand Bauhinia Medal in 2012.