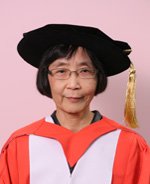 Professor Anna Lok Suk Fong is internationally renowned for her research in liver diseases and her contributions to the fields of gastroenterology and hepatology. She currently conducts her research at the University of Michigan in the USA, where she is the Alice Lohrman Andrews Research Professor in Hepatology, Professor of Internal Medicine, Director of Clinical Hepatology and Assistant Dean for Clinical Research. Professor Lok is also the President of the American Association for the Study of Liver Diseases (AASLD).

Professor Lok holds an MBBS and MD from the University of Hong Kong. She completed her medicine training at Queen Mary Hospital and hepatology training in London. After serving in the HKU Faculty of Medicine, Professor Lok joined the University of Michigan in 1995 as Director of the Hepatology Programme. She became Associate Chair for Clinical Research in the Department of Internal Medicine in 2008 and Assistant Dean for Clinical Research in 2016.

Professor Lok's research focuses on natural history and treatment of hepatitis B and C. She has published more than 450 papers on viral hepatitis and liver diseases including four iterations of the AASLD guidelines on hepatitis B. She has made important contributions to the understanding of factors influencing the progression of hepatitis B and C, and to the development of new treatments of these diseases. She was one of the top 1% most cited researchers in the world for the period 2002-2012. Professor Lok has mentored more than 50 fellows and junior faculty worldwide, many are now professors and heads of their departments.

In recognition of her contributions to medicine, society and the world, the University has resolved to confer upon her the degree of Doctor of Science honoris causa.