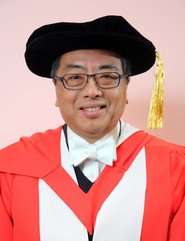 Professor Tsui was born in Shanghai, China, and holds a BSc and an MPhil from the Chinese University of Hong Kong, and a PhD from the University of Pittsburgh. He joined the Hospital for Sick Children in Toronto in 1981, where he would become Geneticist-in-Chief and also world-renowned for his identification of the gene for Cystic Fibrosis in 1989.

As Vice-Chancellor of HKU from 2002 to 2014, Professor Tsui steered the University through a period of unprecedented growth and development - strengthening its international standing, implementing comprehensive human resources reform, focusing its research strategies, building a new state-of-the-art campus and raising the bar for institutional advancement, not only at HKU, but for the entire higher education sector in Hong Kong.

Professor Tsui is a Fellow of the Royal Society of Canada, the Royal Society of London and Academia Sinica. He is a Foreign Associate of the National Academy of Sciences, USA, Foreign Member of the Chinese Academy of Sciences, USA, and Laureate of the Canadian Medical Hall of Fame. He has been awarded fourteen honorary doctoral degrees from universities around the world, the Order of Canada, the Order of Ontario, and the Legion d'Honneur of France. He was appointed a Justice of the Peace in 2006 and awarded a Gold Bauhinia Star in 2011.

In recognition of his contributions to science, higher education and society, the University has resolved to confer upon him the degree of Doctor of Science honoris causa.