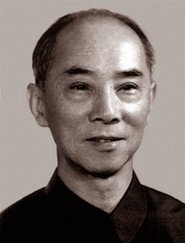 Our Medical Faculty boasts some illustrious graduates, illustrious not necessarily in a worldly sense. But to that good eminence raised by superior ideals, love of fellowmen – and significantly, of country. Among these graduates is Professor Sze Tsung Sing, who obtained the degrees of MBBS in 1931.

In general physicians do not always receive a good press: jokes abound of the eagerness of doctors to bill rather than to cure. Benjamin Franklin, for one, has said, "God heals and the doctor takes the fees". But for Sze Tsung Sing a strong sense of duty and an ardent desire to serve were the "spurs that his clear spirit raised" and caused him to "spurn delights" and live "laborious days".

Dr Sze's career can be said to have gone "full circle": China and its people have acted as a magnet to him all his life; so that though he has "roamed" far, his heart and soul have always gravitated towards China, and it was to China he ultimately returned. He was born in Shanghai in 1909. After his father's death, his mother brought up the young Tsung Sing and his brother on what savings the family had. He was admitted to the medical faculty of the University of Hong Kong on an official scholarship. This would be a remarkable achievement at any time, but so much the more so in those highly competitive times. Six years of mostly hard work, a little recreation and some camaraderie in the medical faculty and at Morrison Hall conferred upon Sze Tsung Sing the honour, dignity and responsibilities of a medical degree: it was with a sense of pride that he first heard himself addressed as "Dr Sze". He had served in Hong Kong for a year when he went to the Chinese interior in response to the call for medical volunteers in the wake of the Japanese invasion. After the Nanjing Government capitulated, Dr Sze served in Beijing for six months before returning to Hong Kong University as Assistant to the Professor of Medicine.

He left in 1935 on a scholarship for further studies in the University of London. In 1936 he obtained a Diploma in Tropical Medicine and Hygiene (DTM & H (Eng)). In the course of his sojourn at the University of London Dr Sze became convinced that, because of China's vast population, the problem of rampant disease could best be tackled by programmes of preventive medicine and public health. Motivated again by his patriotic fervour he changed from clinical studies to training in public health with the ready assent of the Chinese government. He obtained a Diploma in Public Health in 1937, and then proceeded to Johns Hopkins University where he obtained a doctorate in public health the following year. While he prepared for his life's work in the relative security of academe "ten thousand miles from home" he heard the sounds of war thudding "like the slamming of a distant door". Dr Sze was impatient to return to "his own, his native land". So eager was he to enter the war-zone so as to be of assistance, he resorted to a route via "the back door", entering the Chinese interior from Hong Kong via Haiphong and Hanoi in 1938.

During the Second World War he served mainly in the Red Cross, establishing a clinic in the backwaters of Guiyang, then in dire need of medical services as well as preventive medical work. The clinic was also used as a base for training much-needed medical personnel. In 1945 he was appointed as Head of the Medical and Health Services of Guizhou Province, and subsequently was put in charge of the organisation and personnel of health departments of all provinces.

It was at this juncture, in 1948, that his Alma Mater, the University of Hong Kong, beckoned with the offer of the newly-established Chair of Community Medicine. This was a source of great pride and gratification for Dr Sze: it was the first time the University had employed Chinese professors, and he was the first graduate of the University to be offered a professorship. To prepare for this important post Sze Tsung Sing went for further studies at the university's expense – at Oxford, Birmingham and Edinburgh. He began his teaching duties at the university in 1950, but his academic career was cut short in 1952 by an unexpected – and highly attractive – offer from the Social and Occupational Health Division of the World Health Organization (WHO), which was based in Geneva. Sze Tsung Sing was particularly attracted by the offer because he had devoted his energies to public health at the municipal, through the provincial then the national levels in his native China. The offer from WHO meant an opportunity to work for an international organisation, with global activities. Such an honour was very rare for a Chinese person in those days.

Dr Sze worked for fourteen years with WHO. His career then took the final turn which would bring him home again. He turned down reassignment to the eastern Mediterranean area and resigned from WHO at the age of fifty-seven, and to the surprise of many, determined to dedicate the rest of his life to the service of his own country. In 1966 he returned to a China which shortly after his return was caught up in the throes of the Cultural Revolution. After initial difficulties and setbacks, including questioning and incarceration by Red Guards, Sze Tsung Sing ultimately succeeded in becoming an influential figure in the Chinese Ministry of Health. In particular he has been able to contribute towards establishing much needed links between China and the international medical community. In 1975 he was assigned to the Executive Directorship of the China Medical Association, becoming Vice President in 1980. One of his major responsibilities was to assist in the establishment of the China Medical Journal, which was China's first technical journal in English. The journal gained an international reputation, and Professor Sze became its Deputy Chief Editor. He has further contributed towards the education and training of young medical students, partly by the translation of significant medical literature from English to Chinese. In 1990 Sze Tsung Sing donated a substantial amount of money to establish a Scholarship for studies in public health under the auspices of the China Medical Association's exchange scholarship scheme.

For his contribution to medical services in China, Professor Sze was elected to serve for two terms, from 1978 to 1987, on the National Chinese People's Political Consultative Conference. Of this achievement he is justifiably proud. Sze Tsung Sing's entire life has been dedicated to service. In praise of physicians we have a saying, "Benevolent heart, benevolent skill". Skill and heart unite in Professor Sze Tsung Sing whom our University is proud to claim as her own.

Professor Sze is, unfortunately, unable to be with us because of his advanced years. He has asked me to relay some thoughts: "Hong Kong will be part of China again on July 1st, and like everyone else, I feel it is one of the greatest events of this century. I am more than happy that I will witness this, something that I had not thought I would live long enough to see. Also this will mean that the University of Hong Kong will probably be designated as one of the foremost universities in our country in the next century".

Mr Chancellor, in recognition of his services in public health, for his unfailing courage and spirit of self sacrifice, I call upon you to confer on Professor Sze Tsung Sing in absentia the degree of Doctor of Social Sciences honoris causa.