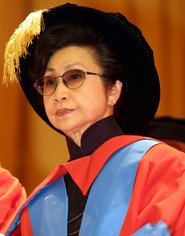 Chinese cultural tradition has a special esteem and love for those who make music. Born in Huangsha district of Guangzhou, Chan Shuk Leung began her training in Cantonese opera at the tender age of thirteen. Her father, the Cantonese opera star, Pak Kui Wing (白駒榮), did not initially want her to follow in his footsteps; nor did her mother, Leung Yip Chuen (梁葉銓), whose wish was that she receive a formal school education. But Chan Shuk Leung showed an early determination when she persisted in persuading her parents who eventually relented and whose support and encouragement prepared the way for her eventual success in her chosen career.

Right from the start, in the 1940s, Chan Shuk Leung realised that to learn her art required total devotion and years of strenuous training. She became the student of another renowned Cantonese operatic performer, Sit Gok Sin (薛覺先), and his wife Tong Suet Hing (唐雪卿), and adopted the stage name of Pak Suet Sin (白雪仙). Despite her distinguished family heritage, she happily took on the most insignificant roles; she spent night after night watching performances in the theatre wings, meticulously registering the skill and nuances of popular artists whose footsteps she had committed herself to following. Away from the stagelights, she read voraciously, especially classical Chinese literature, and she never tired of training, learning, and reading even as she scaled greater and greater heights in her career.

When the Second World War ended, the revival of Cantonese operatic performances in Hong Kong and the region was opportune as Chan Shuk Leung embarked on the next stage of her career. In seizing hold of the opportunities of the time, she also changed the time: in her work in the 1950s, she contributed enormously to transforming Cantonese opera from populist entertainment to an advanced aesthetic form.

In 1956, together with Yam Kim Fai (任劍輝), her long-term stage partner and close friend, she formed the Sin Fung Ming (仙鳳鳴) opera troupe. Hong Kong audiences of the older generation - and those not so old - will not forget the classics of Cantonese opera performed by Sin Fung Ming during the 1950s and 1960s. Working closely with the talented lyricist and composer, Tong Dik Sang (唐滌生), Madam Chan adapted for the stage a new production of The Story of the Stone (紅樓夢) for the first performance of Sin Fung Ming in 1956. This was followed by other adaptations from famous classical operatic dramas including Awakening in the Peony Pavilion (牡丹亭驚夢), The Purple Hairpin (紫釵記), Legend of the Butterfly and Pear Blossom (蝶影紅梨記), Legend of the Pei Pa (琵琶記). She also turned her attention to historical epics, adapting the life-stories of the last emperor of the Li Dynasty (李後主), and the last princess of the Ming Dynasty into Princess Cheung Ping (帝女花). In these and other productions, she invested not only her energy and prodigious talent but also her own finances.

The great Ming Dynasty dramatist, Tang Xianzu (湯顯祖) once said: "Theatre can exhaust ten thousand possibilities of human characters and present a thousand changes in human history. Several actors on stage, performing with all the ease, brilliance, rhythm, and grace, may show spectators the illusions of people from now or scenes from any dream." (極人物之萬途，攢古今之千變。一勾欄之上，幾色目之中，無不紆徐煥眩，頓挫徘徊。恍然如見千秋之人，發夢中之事)1 Habitually modest, Chan Shuk Leung had always insisted that she contributed as one member of an ensemble. But there is no doubt that in Sin Fung Ming's fulfilment of Tang Xianzu's dream, she was the prime mover.

In her own developing art, Madam Chan blended in elements from Beijing Opera and Kunju; she eagerly sought the advice and criticism of scholars, colleagues, and members of the audience, and took them into serious account. But what made her performances unique was that they were infused with her love of her art and her pursuit of perfection. Alongside her glittering operatic career, Chan Shuk Leung also starred in more than two hundred Cantonese films. Recently, Chan Shuk Leung's life-work has been the subject of a number of scholarly studies published in Hong Kong and mainland China.

In 1969, at the pinnacle of her career, she decided to retire from stage and screen, to the sorrow of many of her supporters and audience. But her devotion to the advancement of Cantonese opera continued unabated. Before retiring, she and Yam Kim Fai had begun to train a younger generation of performers in a troupe, Chor Fung Ming (雛鳳鳴), which they set up. Several members of the troupe would go on to become outstanding performers in their own right. As teacher and educator, Chan Shuk Leung set the same exacting standards for her students that she demanded of herself. But she also looked after all aspects of her students' welfare, from finding venues for their rehearsals to negotiating with theatre managers, from caring for them when they were ill to offering support for their families. She is indeed "master-teacher" - si fu - in the finest Chinese tradition.

In the early 1990s, she set up the Yam-Pak Foundation for the care of the underprivileged and the elderly, and to support educational and medical services. The University of Hong Kong is one of the fortunate beneficiaries of her generosity. To many who sought her advice, she readily communicates her vast experience and knowledge, and inspires them with her total commitment to her art. Despite adverse contemporary conditions, she has been steadfast in her faith that Cantonese drama, which has seen its recent and glorious flowering during her stage career, will continue to flourish in the twenty first century.

Mr Pro-Chancellor, it is my honour and privilege to present Chan Shuk Leung for the award of the degree of Doctor of Letters honoris causa.