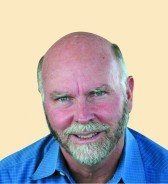 Dr John Craig Venter is Founder, Chairman, and President of the J Craig Venter Institute, a not-for-profit research organisation dedicated to human, microbial, plant, synthetic and environmental genomic research, and the exploration of social and ethical issues in genomics. He is also Founder and CEO of Synthetic Genomics Inc, a privately held company dedicated to commercialising genomic-driven solutions to address global needs, such as new sources of energy, new food and nutritional products, and next generation vaccines.

After earning both a Bachelor's degree in Biochemistry and a PhD in Physiology and Pharmacology from the University of California at San Diego, Dr Venter was appointed professor at the State University of New York at Buffalo and the Roswell Park Cancer Institute. In 1984, he moved to the National Institutes of Health campus where he developed Expressed Sequence Tags or ESTs, a revolutionary new strategy for rapid gene discovery.

In 1992, Dr Venter founded The Institute for Genomic Research, where in 1995 he and his team using their new technologies decoded the genome of the first free-living organism. In 1998, he founded Celera Genomics to sequence the human genome. Their successful results were published in the journal, Science, in 2001.

In recognition of his contributions to medical research and society, the University has resolved to confer upon him the degree of Doctor of Science honoris causa.