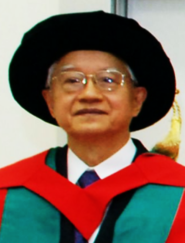 Professor Wu is one of the most popular economists of contemporary China and has made important contributions to the theoretical foundation for the development of a market economy on the Mainland, especially in the areas of self-financed enterprises, competitive market systems and macroeconomic control. His publications on planned economy and economic reform are read internationally, and he has been honoured by the Board of National Economic Awards.

In recognition of his contributions to the nation, the University has resolved to confer upon him the degree of Doctor of Social Sciences honoris causa