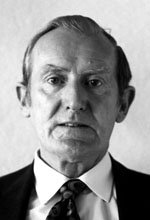 Over the years, Professor Mackey established a personal link with prominent members of the community at large and with leading members or the engineering profession in particular. Through his connections, the University received a number of large donations which gave the University among other things its first Computer Centre and its world famous High Building Research Centre. He presented many learned papers at international conferences and his outstanding success in the fields of High Building and Foundation Engineering earned him the award of a higher doctorate degree from the National University of Ireland in 1974.

One of the admirable qualities of Professor Mackey is his deep concern for the well-being of his staff and students. He would time and again go out of his way to promote the interests of those for whom he is responsible. He was so highly respected by the students that they appointed and retained him as the president of the Hong Kong University Engineering Society during his entire career at the University. Year after year, he contributed generously towards the various student functions. It is a most remarkable fact that he and his wife, Lilian, hardly missed a single major student function during the nineteen years of his presidency of the student Society.