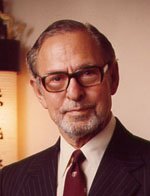 Dr Solomon Matthew Bard, Solly or Monia to his friends, retired from the University of Hong Kong on June 30, 1976, after serving as Director of the University Health Service for twenty and a half years.

The need for health care for the students was recognized as far back as 1946. Some chest X-ray examinations were carried out and in 1949 a part-time medical officer of student health was appointed to treat ill students only. Many of the students were, however, not even aware of the existence of this very limited service. On January 1, 1956, the University Health Service came into existence with the appointment of Dr S M Bard as the first University Health Officer (redesignated Director in 1967). He had had eighteen months of postgraduate; training in the United Kingdom (mostly in cardiology) after the Second World War. This was followed by eight years in general practice in Hong Kong. He was assigned the task of building a health service for the University population - students, staff and dependants of the staff. In 1956, there were only 834 students and the total panel was 2,223. Under Dr Bard's direction, the service expanded rapidly. On his retirement, the panel included nearly 9,000 people (about 4,500 students) and the staff establishment stood at nineteen with four full-time doctors. If you mention the University Health Service of the University of Hong Kong to our graduates, they will immediately associate it with Dr Bard for, indeed, he was the founder of the service, the first of its kind in Hong Kong.

Dr Bard comes from a very interesting background. He was born in Siberia, schooled in Harbin and studied medicine at the University of Hong Kong where he graduated with the degrees of MBBS in 1939 and was awarded the Anderson Gold Medal. He served in the Hong Kong Volunteer Defence Force and became, a prisoner of war when Hong Kong fell in 1941. He shared with our Pro-Chancellor and many others the rigours of life in the internment camp and was awarded the Efficiency Decoration - ED (Military) - in 1957.

His other great interest has now become his full-time job. On retirement from the University of Hong Kong, he accepted the full-time post of Executive Secretary (Antiquities and Monuments) of the Government Urban Services Department. Dr Bard is one of those fortunate people who manage, on retirement, to be fully occupied in a pursuit that deeply interests him.

His many and varied interests from music to medicine to archaeology and his contributions to the cultural life of Hong Kong earned him the degree of Doctor of Letters honoris causa, awarded by the University of Hong Kong in March 1976. In 1968, he was awarded the military MBE for his services in the Hong Kong Defence Force and this year he received the civil OBE. He has been an Unofficial Justice of the Peace since 1975 and is a Fellow of the American College Health Association (FACHA) and a Member of the Royal Society of Health (MRSH). Solly's heart is still with the Health Service he established. His visits to the clinic from time to time are welcomed by all the staff who enjoy chatting with him and exchanging current news. We hope he will continue to be interested in this Health Service.