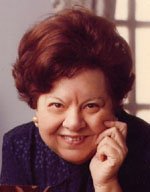 Hong Kong is a place with a short history, a short memory, a place of shallow roots and, all too often, a transient home. Not many families can look back over more than a generation and fewer still can claim more than a generation of public service in Hong Kong. The Kotewall family is one such family. Hormusjee Kotewall came to Hong Kong over one hundred years ago to set up in business and established his home here. His son, Sir Robert Kotewall will be remembered as a man who devoted many long years to the public service in Hong Kong at great cost to himself. Now Sir Robert's daughter, Miss Bobbie Madeleine Florence Kotewall, is with us today to receive the Honorary Degree of Doctor of Laws, a degree conferred also upon her father just forty-five years ago. This is an event unique in the history of the University and it is a particular satisfaction to be able to honour the daughter whose distinguished father we have already honoured.

Miss Kotewall is known in many capacities. In the University, we know her as a member of the Court of the University who is also one of our own, having graduated in 1939 with the degree of Bachelor of Arts in Education. But outside the University, she is known as a devout churchwoman and a willing counsellor in the governing bodies of the Church in Hong Kong. Again, she is known for her excellent calligraphy which is justly admired. But not least she is known as the Principal of St Paul's Co-educational School, one of the leading educational institutions in Hong Kong. Indeed, but for one or two short absences she has been continuously associated with that school from the tender age of three when she first entered through its doors in the sedan chair of her aunt, then the school's Vice-Principal. The year in which she graduated was a vintage year and her contemporaries included at least three others who have become educational leaders in Hong Kong: Mr H T Wu, Registrar of the Chinese University of Hong Kong, Mr T C Cheng, President of the United College of the Chinese University and Mrs C J Symons, headmistress of the Diocesan Girls' School.

Miss Kotewall had early made up her mind to enter the teaching profession but, prompted by curiosity whether the economic principles which she had taught herself would work in practice, she made a short excursion into the world of business and found to her surprise that they did. But business held no satisfaction for her and soon she returned to St Paul's as a teacher. When she was first a pupil there, it was a girls' school with only two hundred pupils. When she first taught there, it had grown some three times and had boy pupils in addition. She spent a short time in the United Kingdom, acquiring a Diploma in Education from the University of Oxford and also studied theology. Shortly after her return, she was appointed Principal and has remained such to this day. It is perhaps remarkable that, in the history of a school which goes back to 1915, there should have been only three Principals, one of whom, Dr Katie Woo, we are pleased to have with us this evening.

Since 1952, the year in which Miss Kotewall became its Principal, the school has continued to grow rapidly in every respect in pace with the increasing demand for secondary education in Hong Kong and its numbers now exceed two thousand. Its pupils are successful not only in formal examinations and in gaining admission to universities both here and overseas but they also appear, under the enthusiastic guidance of Miss Kotewall, to have succeeded in achieving an identification with and a feeling for their school which is, indeed, remarkable in Hong Kong. Such is the respect in which Miss Kotewall is held by her former pupils that they still return to her as a friend and confidante years after having left the school.

But Miss Kotewall has not concerned herself exclusively with the growing empire of her school. She has also given Hong Kong the benefit of her great experience of student affairs in such matters as examinations and has played a prominent role on Hong Kong's schools examinations boards. She has been a member of St John's Cathedral Council for some years and is also a member of the St John's College Council. She has served on the executive committees of other bodies too numerous to name. Mr Chancellor, this honorary degree should be seen as a recognition of the tireless devotion to the public service on the part of Miss Kotewall who has thus maintained the high principles of her father.

Mr Chancellor, I respectfully request you to confer on Miss Bobbie Madeleine Florence Kotewall the Honorary Degree of Doctor of Laws.