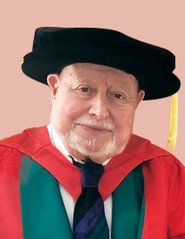 Please allow me to be very explicit: In the world of education, Professor Lee S. Shulman is a living legend. As a visionary, a prolific writer, an academic leader, and of course an impassioned teacher, Professor Shulman has influenced generations of educators, students, and by extension, society. He has made an unparalleled contribution to education, teacher training, and has remained a tireless advocate of recognising teachers as elite professionals. Indeed, his work, his inspiration, and the knowledge he has imparted should make us all feel proud to describe ourselves not merely as researchers or professors, engineers or legal scholars, scientists, social scientists, or medical practitioners, but also as teachers.

Professor Shulman reminds us that teaching matters and that excellent teachers are an invaluable asset to our universities, our communities, and to the world. This is especially important to remember in a higher education world dominated by an increasingly slavish devotion to university rankings, and a fixation on publication metrics in which important hiring, tenure, and promotion decisions are virtually always based on numbers of publications. Professor Shulman understands that the best research, the important discoveries, the critical breakthroughs lose their impact, their wow factor, if we can’t communicate them effectively to our peers, our industry partners, and, most importantly, to our students. As Professor Shulman wrote in and watershed publication entitled, “Those Who Understand” (1986):

“The ultimate test of understanding, rests in one’s ability to transform one’s knowledge into teaching. Those who can, do. Those who understand, teach.”

In advocating this and many other ideas, Professor Lee Shulman has emerged as a foundation stone or, perhaps more aptly put, an important conscience of higher education teaching philosophy.

Where and when did his understanding begin? Lee grew up in Chicago, Illinois. His background was anything but privileged. Both of Professor Shulman’s parents worked in factories and  later owned a small delicatessen. Lee excelled in high school, earning a full scholarship to the University of Chicago where he studied philosophy and learned the art of “making distinctions.” He also honed his skills in “wrestling with texts” and “diving into dialogue.” Lee continued his studies at Chicago earning an MA and a PhD in educational psychology, completing his dissertation at 24 years of age.

Thereafter, Dr. Shulman accepted a joint appointment between the School of Education and the newly created School of Medicine in 1963 at Michigan State University. There, he founded and co-directed the Institute for Research on Teaching (IRT) that “helped bridge the gap between the educational research community . . . and teachers in the trenches.” At Lansing, Michigan, working with Arthur Elstein, Dr. Shulman focused considerable time and effort into investigating the cognitive processes of medical decision-making and problem solving. Their work culminated in a watershed publication entitled Medical Problem Solving, published by Harvard University Press in 1978. This book led to the development of new strategies for training doctors and more effective approaches to evaluating medical competence.

Professor Shulman’s work on and with medical practitioners had a lasting impact not just on the medical community—and, of course, their patients—but also Lee himself. In 1982 Lee and his family moved to Palo Alto, California, where he was to become the Charles E. Ducommun Professor of Education at Stanford University. Professor Shulman reflected that he had become “struck” by the “incredible anomaly that while physicians were being studied as complex, autonomous, thoughtful, reflective, strategic problem solvers, teaching was studied as if it were a series of mindless behaviours emitted by teachers in response to students as stimuli. . .” His subsequent research on teachers as skilled professionals who needed to master both subject matter knowledge (what they know about what they teach) and pedagogical knowledge (what they know about teaching) formed the basis of what has become widely known and accepted as “pedagogical content knowledge” (PCK). The impact of his research is hard to overestimate. His conception of this special form of knowledge that teachers hold, expounded in the article, “Those Who Understand: Knowledge Growth in Teaching” has been cited over 28,000 times.

Professor Lee Shulman has also been a leader in the education world, serving as an inspiring mentor to countless colleagues, and even greater numbers of students. Professor Shulman has often remarked about the immense pleasure he receives from witnessing and experiencing the accomplishments of others around him. As President of the Carnegie Foundation for the Advancement of Teaching and Learning, a position he held from 1997 to 2008, he helped create just such an environment that made further accomplishments in higher education research and the study of teaching and learning possible. He also used this prestigious platform to advocate on behalf of civic education and for the adoption of better assessment techniques in all levels of education, from kindergarten to university.

Those who have known Professor Lee Shulman longest have described him as “a beautiful human being . . . who cares deeply about others,” (Professor Tom Ehrlich); “a superb mentor,” “an outstanding thinker and huge contributor to multiple literatures in education,” (Professor Gary Fenstermacher); a “wordsmith whose metaphors and images often deeply resonate” with audiences (Professor Pat Hutchings); “intellectually inspirational” (Professor Bob Floden); and “an extraordinary scholar who inspires and learns from others” (Judy Shulman).

When asked what inspires him most, Professor Shulman replied, “the stimulation and excitement of really good questions.” “Teaching and research” he added, “ought to be fun, enjoyable, and give you the opportunity to laugh.”

In joining twenty-two other universities in awarding Professor Lee S. Shulman an honorary degree, the University of Hong Kong is sending a clear message that teaching matters and that outstanding teachers should not just be recognised for their exceptional achievements, but also respected, lauded and promoted.

Mr. President, it is my great honour and privilege to present to you, Professor Lee S. Shulman, for the award of Doctor of Social Sciences honoris causa.