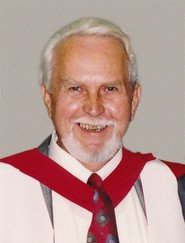 Olgierd Ceci, Zienkiewicz has, thus far, been leading a life that is as exciting as it has been predictive. Born in England of Polish extraction in 1921, Olek, as he is known to his friends, is the seventh son of Casimir Zienkiewi who was himself a seventh son. According to folklore, this gives him 'second sight and the ability to heal scrofula, goitre and ringworm by touch'. Whilst one is not sure of Professor Zienkiewicz's legendary prowess, the engineering world by acclamation pays tribute to the academic giant for the development of finite elements.

Fate steered young Olek on an intriguing course that began in England, traversed Polish cities and war-stricken Europe and finally ended at the doorsteps of the Imperial College in London. The story started when Zienkiewicz senior returned to Poland in 1921 after working briefly for the Menshevik leader Kerensky as Russian Consul in Birmingham. Olek received his primary and secondary education in Katowice and Pozan, and was all set to study at the Warsaw Polytechnic when Germany invaded Poland in September 1939. He then turned his energy to resisting the Germans in the siege of Warsaw, delivering messages on a motorcycle or building barricades ad overturning trams. When the Zienkiewicz family managed to settle in England in the autumn of 1940, Olek was admitted to read civil engineering at the Imperial College on a special scholarship for Poles. He graduated in 1943 with first class honours and received his doctoral degree for his work on dam analysis two years later. Professor Southwell and Pippard and Professor Bickley provided him with solid training in structural analysis and mathematics respectively during those years. His Celtic connections began with his job working for consulting Engineers Sir William Halcrow and Partners on a dam project in Northern Scotland for an annual salary of ₤250. He was told that the Ph.D. degree was worth ₤50! This was followed by a lectureship at the University of Edinburgh in 1949-56 where he launched himself into research on hydraulics. After four years at Northwestern University, where he acquired many American habits, Professor Zienkiewicz took up the chair of Civil Engineering at the University of Wales, Swansea. Under his leadership, the Department has become one of the foremost centers of finite element research in the world and the Mecca for major international conferences on the subject.

He is the founder and Chief Editor of the International Journal for Numerical Methods in Engineering and serves on the editorial boards of leading engineering journals.

Mr. Chancellor, Professor Zienkiewicz's scientific contribution range from solid and fluid mechanics to the development of the finite element method not only for structural mechanics but also for continuum mechanics in high speed compressible flow and the electromagnetic field. Who could possible imagine that our leading authority in the finite element method was a slow starter? From 1947 to 1989, Professor Zienkiewicz published 419 articles and papers in international refereed journals - an amazing record of energy, tenacity and intellectual prowess. One cannot help noticing that only nine papers were published in the first ten years and another fifty in the second decade. His record speaks against the claim that academics in certain field are most productive prior to the age of 35. Take heart young academic, but don't wait too long!  For his academic achievements, Professor Zienkiewicz was elected Fellow of the Royal Society in 1979 and made Commander of the Most Excellent Order of the British Empire in 1989. Having earned his doctor of science degree from the University of London in 1965, Professor Zienkiewicz was showered with honorary degrees from distinguished universities all over the world, including two from Polish universities. Of all the medals that he won, the award of the Royal Medal of the Royal Society in 1990 stands out.

What is the finite element method and how does Professor Zienkiewicz's work contribute to the well-being of humankind? Basically the finite element method is a mathematical technique which includes mesh generation as a means to solve engineering problems. In the area of structural analysis, he created in the 1960s the triangular element for curved shell modelling and the rectangular element with a 12-degree-of-freedom for plate bending formulations. Initial research led to the publication in 1967 of the book entitled The finite Element Method which has become the standard treatise. It was translated into Japanese and Russian. The co-author of this classic is none other than his own student, Professor Y.K. Cheung, who is sitting on stage right here. Based on this pioneering work, a further three substantive books have been published and translated into Japanese, Russian, Polish, French and German. His publications have subsequently extended the application of finite elements to flow problems, dynamics and geotechnical problems.

On the occasion of his seventieth birthday in 1991, Professor Zienkiewicz summarized his research activities in the last decade in three words. Consolidation and New Ventures. Consolidation work includes a new form of constitutive modelling known as Generalised Plasticity in predicting soil liquefaction in earthquakes. All these culminate in what he sees as the latest achievement in improving the error estimating procedure by a simple device of using super convergence properties. He believes that with the mercy of God, many open-ended questions in his line of research can still be answered.

Professor Zienkiewicz’s close links with the People’s Republic of China and Hong Kong began ten years ago. In 1982, he was called upon by the World Bank to assist the Republic in the acquisition of computer equipment and to take an active part in monitoring the importation of computer technology. He also became an education ambassador at large offering advice to twenty-eight Chinese universities vis-a-vis curriculum planning and development and helping the Chinese Ministry of Education in the selection of scientists and scholars for overseas training and placements. He is no stranger to Hong Kong either. He has established close links with our University's Department of Civil Engineering, having collaborated with our colleagues and published major findings in the field of finite elements. He was CICHE visitor in 1987 when he advised the Department of Civil Engineering on the development of courses at the M.Sc. level and was Royal Society Professor in 1990 when he gave a series of seminars; promoted collaborative research; and acted as keynote speaker in two international conferences on Computational Mechanics and Environmental Hydraulics.

To his colleagues and peers, Olek Zienkiewicz is recognized, not only as the major figure in the numerical analysis of problems in engineering science in the twentieth century, but also as a man whose youthfulness in outlook has prompted him to generate for all of us exciting developments for as long as he lives.

Without dubiety, Olek is a true believer of the eminent Polish romantic poet Zygmunt Krasinski, who once said:

Mr. Chancellor, I respectfully present Olgierd Cecil Zienkiewicz for the award of the Degree of Doctor of Science, honoris causa.