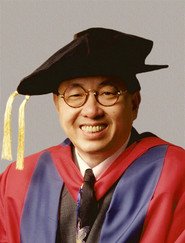 Tsui Tsin Tong, a native of Jiangsu, has been devoting his time in Hong Kong to building his business empire, the New China Hong Kong Group, and chairing corporations such as the CNT Group, Citybus, China Paint Company and Citybus U.K. At the same time, he serves the Chinese Government in various capacities ranging from the People’s Political Consultative Conference to the Preliminary Working Group of the Special Administrative Region. His community service was highlighted by the Chairmanship of the Tung Wah Group in 1991, a position that demands one hundred percent of one’s body and soul to this charitable cause. Our philanthropist is also Chairman of the Marrow Donation fund and the Smile Operation in China, and a Director of the Community Chest. His active support for sports in Hong Kong and Asia extends to Badminton, Softball, Baseball and Judo. He was appointed Justice of the Peace in 1992 in recognition of his contributions to Hong Kong.

Tsui Tsin Tong’s unique contribution worldwide is in the realm of art as he takes on the role of messenger for Chinese culture and history. John Ayers of the Victoria and Albert Museum hails his devotion as ‘a remarkable way how enterprise and wealth can bring about miracles in unexpected quarters’. Single-handedly, our custodian of works of art has donated Chinese antiques to over ten museums and galleries in Europe, North America, Asia and Australia and has contributed to the design and building of three art galleries. The T.T. Tsui Gallery of Chinese Art in the Victoria and Albert Museum epitomizes the mission of our messenger for Chinese art. It presents precious Chinese treasures and educates the public about Chinese culture in sumptuous burials and mythical temples, and in the splendour of the intelligentsia and the imperial court itself – the full story of Chinese civilization unfolds itself in an unconventional way through porcelain, lacquer, jade, silk and precious metals.

In Hong Kong, the completion of the Tsui Museum in the Old China Bank Building puts Hong Kong on the map as a place of enlightenment for those who appreciate Chinese art of the highest quality. T.T. Tsui believes that it is his duty to propagate Chinese culture so that it can be studied, conserved and displayed. Through two decades of search and research, through audacity and persistence innate in a collector of art, especially in ceramics. The collection in his Museum is neither finite nor immutable and further surprises may well add to its luster. As all good collectors do, Mr. Chancellor, he roams the market place, Cat Street included. His perseverance reflects the obsession of unrivalled collectors. In T.T.’s case the story goes that he had to outbid a Japanese collector in one auction and pay three times the expected price for a Yungzheng tea cup. When asked why he was prepared to go so high by the Japanese collector, T.T. explained that he wanted to drink from that immaculate vessel on his 50th birthday. ‘Had I known that, I would not have bid against you’ was the Japanese reply.

Nor is our honorary graduate a covert collector, or one to hide his light under a bushel. Like Ulisse Aldrovandi of Bologna who bequeathed his natural history museum to the city in the sixteenth century, Tsui Tsin Tong believes in completeness in the taxonomy of collections. Both Tsui’s Kangxi tea cups of blue and famille verte enamels, probably the only set of twelve in the world, and Aldrovandi’s botanical gardens in Padua, Pisa and Bologna, typify the thoroughness of collectors through the ages. Just as the Italian’s natural objects are now placed in the University of Bologna, so will additional treasures of our Chinese connoisseur be made accessible to the public when the T.T. Tsui Art Gallery is completed on campus in our University. Mr. Chancellor, for his unique contribution on a global scale to the propagation of Chinese art, I commend to you Tsui Tsin Tong for the conferment of the Degree of Doctor of Laws, honoris causa.