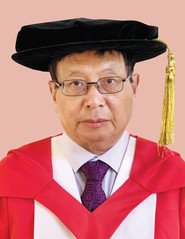 Let me begin by asking a provocative question: How many pure mathematicians do you know who are the subject of an hour-long television documentary? Professor Zhang Yitang is just such an individual. Professor Zhang is the focus of the documentary entitled, Counting from Infinity, because in 2013, he fundamentally changed our understanding of one of the oldest problems in mathematics: the twin primes conjecture. His findings proved so monumental and so obviously revolutionary that the Annals of Mathematics, the field’s premier journal, accepted his article within three weeks of submission and fast-tracked its publication. When informed of this decision, Zhang Yitang, a quiet, unassuming, yet confident lecturer who did not even hold a tenure-track position at the University of New Hampshire, telephoned his wife, and said: “pay attention to the media and newspapers . . . you may see my name.” 1 Indeed, she, and millions of others saw his name, his picture, and heard of his accomplishment. Today, Professor Zhang receives the University of Hong Kong’s highest honour.

Zhang’s early life story is remarkable—he is the very definition of a self-made man whose story of perseverance and self-belief inspires us. Born in Shanghai in 1955, Zhang’s early education, one in which he loved mathematics, was interrupted abruptly by the tumultuous Cultural Revolution. In 1970, he and his mother were sent to work in the countryside. A few years later, Zhang returned to Beijing and took a job working in a lock-making factory. He continued his solitary studies, however, with a significant goal in mind: to pass the entrance examination for Peking University. He gained admission in 1978 at the age of 23 and pursued mathematics obtaining an undergraduate major in algebraic geometry while continuing his own personal interest in number theory.

Zhang’s passion for mathematics took him across the Pacific Ocean. In the mid 1980s, he secured a full scholarship to Purdue University where, in 1991, he received his PhD. After eight years of holding different, non-academic jobs—though never losing his passion for mathematics—Zhang was hired by the University of New Hampshire as a non-tenure track lecturer. His only responsibility as a lecturer were to teach, often calculus, but in his spare time he continued to research prime numbers. He was, and remains, a model of perseverance and quiet determination.

All of us know what prime numbers are, whole numbers greater than one that have only two factors, one and the number itself. Few of us, however, probably know that prime numbers are an obsession for a select group of pure mathematicians. For hundreds of years, mathematicians speculated that there were infinitely many twin prime pairs; in other words, prime numbers separated by 2—for example, 3 and 5; 11 and 13; 137 and 139; and 3,756,801,695,685 x 2666,669 -1 and 3,756,801,695,685 x 2666,669 +1. As prime numbers get larger, they become rarer. In 1849, a French mathematician, Alphonse de Polignac, extended the twin prime conjecture to suggest that there should be infinitely many prime pairs for any possible finite gap, not just 2. Despite numerous efforts undertaken by countless researchers over centuries, mathematicians were not able to rule out the possibility that the gaps between prime numbers continued to expand forever, eventually exceeding any particular bound. Zhang Yitang’s discovery, published as “Bounded Gaps Between Primes,” in the Annals of Mathematics changed all of this, overnight. Here, Zhang Yitang proved that no matter how rare or sparse prime numbers become, you will always find prime pairs that differ by 70 million or less.

The two reviewers of Zhang’s paper, Rutgers University professor Henryk Iwaniec and University of Toronto professor John Friedlander were the first to recognise Zhang’s monumental achievement. “The author,” they wrote, “has succeeded to prove a landmark theorem in the distribution of prime numbers.” Former chairperson of Mathematics at the University of New Hampshire, Eric Grinberg, described Zhang’s discovery as follows: “It is like thinking that the universe is infinite, unbounded, and finding it has an end somewhere.” 2 Professor Daniel Goldston at San Jose State University declared that Zhang’s discovery was “astounding.” “It’s one of those problems you weren’t sure people would ever be able to solve.” 3
Further praise and numerous awards and distinctions followed. First, Zhang was promoted from lecturer to professor at the University of New Hampshire before taking up a professorship at the University of California at Santa Barbara. Professor Zhang received the 2013 Morningside Special Achievement Award in Mathematics, the 2013 Ostrowski Prize, the 2014 Frank Nelson Cole Prize in Number Theory, the 2014 Rolf Schock Prize in Mathematics, and the 2016 QiuShi Distinguished Scientist Prize. In 2014, Zhang was a recipient of a MacArthur Award, was elected as a Fellow of Academia Sinica, and served as an invited speaker at the International Congress of Mathematicians.