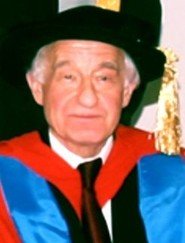 It's a very special pleasure, as well as a great honour, to be here today and to be asked to speak on behalf of all those whom you have honoured by making us Honorary Graduates of this notable University.

Speaking first for myself, let me say what a very particular, and very personal pleasure, it is to receive a degree from the University of Hong Kong. Not least because I was a student here. It's a common experience that where you study leaves a deep impression and (almost always) great affection. For me, both memories and affection remain very strong. Being a student here, even though for two years only, means that Hong Kong University has always had a special place in my heart.

Let me take myself, and all of you here in the Hall, back to those days. It was 1960. The University was, I suppose, rather more leisurely than it is today. In the middle of the campus I remember there was a lovely patch of grass with a stream running through it. There one could relax and eat a sandwich in the middle of the day. By then all formal teaching for we language students had ended. Classes were confined to mornings only. And in the afternoons? Well, you could take a list of the Chinese characters to be learned that day, walk up to the top of High West (Sai Gou San) and sit there looking out over the glorious Pearl River Estuary. Or you could go to the beaches on the south of Hong Kong Island. Not just to swim or be idle, but to practice drawing characters on the sand. The advantage was that any clumsy efforts were quickly washed away by the waves.

But what of Hong Kong itself outside this University? A population of just over three million. Per capita GDP of some three hundred US dollars. The hillsides crowded with squatter huts. Some conspicuous wealth; but the majority of the population not nearly so fortunate.

And now? Well, you in the Hall know it well. Better than I can. You're lucky enough to live here.

It's a very different Hong Kong. To take just the most basic statistics. A population of nearly seven million. Per capita GDP some 100 times greater than in 1960. A bustling, thriving territory. The 11th most active trading territory in the world. One can go on and on with these astonishing figures. You know them all. I sometimes wish that the rest of the world knew and understood them better.

The Hong Kong that has survived and flourished during those forty-odd years between 1960 and now is a remarkable place. The people who have made it happen are a remarkable people.

The change for all those who have lived through these years is dramatic. For those fortunate young people who are students at Hong Kong University now it's a different world.

Of course, it is not just population expansion and greater wealth. The political status of Hong Kong is very different. The Joint Declaration of 1984 has come into effect. Hong Kong is a Special Administrative Region of the Peoples' Republic of China.

Those years of transition - often of uncertainty or worry - which I was so conscious of during my own time as Governor. They are over. The new Hong Kong has come through all that. It has emerged as a lively, bustling and prosperous place. A place which is a part of China, but also a great international hub. It has earned its title of "Asia's World City".

Education must surely be the heart of what it takes in this century to be a world city. Education both in usable skills and in a broader understanding of how to live a worthwhile life. Hong Kong has seen a dramatic increase in educational opportunity over the last three decades. This University has played a major part in that expansion. About a thousand students when I was here. Some 7,000 when I came back in 1987 and became Chancellor. Now over 20,000.

Education. What is it for? Who should benefit? What can it achieve? That could be the subject of a lengthy discourse. And of endless debate. Here today I should like to make one point only. That is my hope that a sense of history will always be part of the education here at Hong Kong's oldest University.

One of the striking things about being with young students is the sense of how quickly the generations pass. I am reminded of that all the time at Cambridge University where I now am. Also at the University of Aberdeen. What to some of us in this Hall seems like yesterday is to the students in this University often history. That can be very refreshing. The world seems to start anew every few years. Old problems. Old conflicts. They fade away. There is a constant fresh start.

All that is good. But a sense of history is good too. As students here look at their own fresh and generally prosperous world. But I hope they will enjoy it and contribute to it. I hope too they will remember how their parents, and their grandparents, often struggled in difficult circumstances to create the Hong Kong, and the China, that they live in today. I hope they will remember how often members of a family have joined together to make sure that the next generation get a good education.

When I had the pleasure of being Chancellor of this University, and the other universities and polytechnics of those days, one of the most moving experiences was to walk out between rows of parents rightly beaming with pride at what their children had achieved. Often rightly realising too that education was going to take their children far further than they themselves ever had been able to manage.

In many ways my colleagues, whom you have chosen to honour today, represent to a remarkable degree the way in which Hong Kong has prospered by the dedication of so many of its citizens; and the way it is now an international city. We have listened with admiration to the accounts of the careers of my fellow Honorary Graduates. We have those, both local and expatriate, who have helped to build Hong Kong - in the persons of Dr Leong Che Hung, Mr Simon Lee and Professor Ian Davies. We have a very distinguished Canadian, the first of Asian descent to be appointed to the Canadian Senate - in the person of Senator Vivienne Poy. And we have one of the architects of the dynamic shift of Mainland China towards a market economy - in the person of Professor Wu Jing-lian.

One of the most notable historic personages who have passed through this University must surely be Dr Sun Yat Sen (Sun Zhong Shan). When he came back to Hong Kong in 1923, he spoke at the University. He said then (drawing presumably on a passage in Swift's "Gulliver's Travels"): "The person who can make two blades of grass grow where one grew before is a worthy citizen."

Maybe the two blades of grass often turn out in Hong Kong to be two massive towers of concrete. Or double the number of universities. Or double the number of schools. But it is still that sense of making two things happen where there was only one before. That is the essence of what has made Hong Kong the great place it now is - forty years after I myself was here as a student.

On behalf of my fellow Honorary Graduates, who are certainly to be counted amongst those worthy citizens who have made two blades of grass grow where only one grew before, I thank the University most sincerely for honouring us and giving us all such a warm welcome.