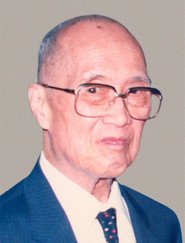 Dah Chong Hong, a household name in the retail business for motor vehicles, trading, insurance and shipping, represents the success story of Leung Kau Kui in his 40 years of unflagging endeavour to build an international trading empire under the aegis of the Hang Seng Bank conglomerate. Like many of his peers in the top echelon of the largest Chinese banking corporation in Hong Kong, Leung Kau Kui started his career at a tender age in the banking business and was given the opportunity to further develop his talents when he was appointed Assistant General Manager of Hang Seng Bank after the Second World War. By that time, he had already proved himself as an astute dealer in the import and export business under difficult circumstances and often behind enemy lines. His many feats included modernizing rice export from Thailand and withdrawing major businesses from Indochina before the peninsula was plagued by persistent armed conflicts. He was appointed Director of the Hang Seng Bank in 1952. When the Hang Chong Group, a subsidiary of Hang Seng Bank and the holding company for Dah Chong Hong, was up for sale in 1991, its assets exceeded $7 billion, which was more than 1,500 times its value when our native from Shunde took charge of the business. Leung Kau Kui was a practitioner who firmly believed in skills acquired through experience, being hard on himself but generous to his colleagues. Under his leadership, worthy employees of the Hang Chong Group were entitled to share options once every three years, although he did not take any himself.

Achievements in business stimulated Leung Kau Kui to support the community by contributing to worthy causes in the fields of education, social welfare and the medical services. He emulated the eminent overseas Chinese Tan Ka Ki who believed in paying back to society. He established numerous schools and colleges in Hong Kong and China and contributed to significant building and research projects in the University of Hong Kong, and at Oxford, Tsinghua, and Zhongshan Universities. Dr. Leung was instrumental in the launching of the Ho Leung Ho Lee Foundation which boosted the work of many Chinese researchers in the United States. Tsinghua University and the Chinese University of Hong Kong both recognized his contribution by awarding him honorary doctorate degrees. Our University benefited from funding for the K.K. Leung building which has now become an major academic landmark. Mr. Chancellor, it is befitting now to cite from the Doctrine of the Mean to summarize the illustrious career of Leung Kau Kui: ‘Therefore, having such great virtue, it could not but be that he should obtain the throne, that he should obtain those riches, that he should obtain his fame, that he should attain to his long life’.

It therefore came as a shock to friends and colleagues when Uncle Kau, as our distinguished philanthropist was affectionately known, passed away peacefully in November last year at the age of 91. Leung Kau Kui will be remembered for a long time for his business acumen and his staunch support for education and social services. Mr. Chancellor, I have great pleasure in inviting you to present to Mrs. Annie Wong, Leung Kau Kui’s daughter, a diploma for the degree of Doctor of Laws, honoris causa, which was awarded to Dr. Leung in 1994.