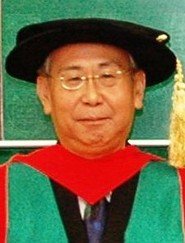 In due order history is repeating itself tonight as we celebrate a lifetime of dedicated service in civil governance of another former member of the elite Administrative Service, in fact the principal of Principal Officials. Rafael Hui Si Yan follows in a long line of one former Chief Secretary for Administration, two Chief Secretaries and five Colonial Secretaries, as the head of the civil service has been variously called through Hong Kong’s history, to have been so honoured by the University. Here is a Harvard man succeeding another Harvard man (Donald Tsang Yam Kuen); a new Doctor of Social Sciences of this University in a lineage that traces back to a 1919 Doctor of Laws (Sir James Haldane Stewart Lockhart); and a Chief Secretary for Administration who like the first incumbent of the post (Anson Chan Fang On Sang) was a HKU arts undergraduate in the 1960s.

As the most senior public servant, his power is great and his authority supreme. Hui however dispenses both in the gentlest of ways and always with a smile, but to maximum effect. Widely admired as a master strategist throughout his thirty-seven-year public service career, our honorand has well understood Sun Tzu’s five essentials for victory:

“He who knows when he can fight and when he cannot will be victorious.

He who understands how to use both large and small forces will be victorious.

He whose ranks are united in purpose will be victorious.

He who is prudent and lies in wait for an enemy who is not, will be victorious.

He whose generals are able and not interfered with by the sovereign will be victorious.”

As Secretary for Financial Services, he was part of the triumvirate who tactfully exercised these very leadership qualities in beating back market speculators gambling against the local currency during the 1997 financial crisis. Hui’s consummate skills in the art of negotiation have become indispensable in his present portfolio of improving executive-legislative relations, implementing specific priorities of the Chief Executive’s policy agenda and steering several major infrastructure projects.

Our honorand scored many notable firsts for Hong Kong. Among them, in 1991 he directed the New Airport Projects Co-ordination Office and laid much of the critical planning work that has resulted in Chek Lap Kok being named by numerous industry agencies as the “Best Airport Worldwide”, “Best Airport”, “Best Airport in China” and having “Best Airport Facilities”. More recently, as Managing Director he successfully launched the Mandatory Provident Fund system in December 2000, thereby providing retirement protection for the entire workforce for the first time in the SAR’s history. Although our honorand may have expressed hopes “to shake all cares and business from our age, conferring them on younger strengths…” after June this year, we can be certain that Hui will always put Hong Kong’s best interests foremost whether as a public servant or a private citizen.

A keen patron of the arts, Hui particularly appreciates the genre of opera. So strong is his love for the art form that he named his racehorse “Opera Magic”, where equestrian pursuits are another favourite past time. Recalling the final, unfinished work of one of our honorand’s admired operatic composers, premièred precisely eighty-one years minus one day ago under Toscanini’s baton at La Scala, Puccini’s depiction inside the Forbidden City during legendary times perhaps illuminates modern day operations at Lower Albert Road. While Hui’s daily tasks may be as daunting as Princess Turandot’s riddles, and notwithstanding that his counterparts in the Imperial Court might have been the comical Ping, Pang and Pong, in him is a true Calàf who possesses the courage to rise above popular dissuasion for a just cause, the wisdom to overcome incredible odds and the endurance to remain steadfast to his beliefs until he can proclaim vincerò!

Hui’s sense of duty, honour and integrity has earned him the well-deserved admiration of friends and foes of all political stripes. For his unwavering devotion to the public good, tireless service to the people of Hong Kong and generous support for the arts, it is with great pride that the University seeks to honour its own. Mr Pro-Chancellor, I request you to confer on Mr Rafael Hui Si Yan, GBS, JP the degree of Doctor of Social Sciences honoris causa.