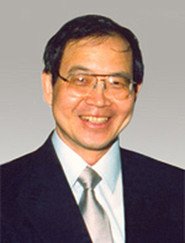 Pythagorus, described by Bertrand Russell as part philosopher, part religious prophet and part pure mathematician, gave the world the statement that 'all things are numbers'. Certainly there have been strong connections between pure mathematics and philosophy over the ages, pythagorus established mathematics as demonstrative deductive argument and in the view of Pythagorus and his followers this form of intellectual pursuit was deemed to be virtually a mystical activity. Indeed the origin of the orphic word 'theory', Russell points out was meant to indicate a form of 'passionate sympathetic contemplation'.

Bertrand Russell does acknowledge the lesser mortals for whom pure mathematics will remain forever a mystery, when he wrote:

'To those who have reluctantly learnt a little mathematics in school this (concept) may seem strange; but to those who have experienced the intoxicating delight of sudden understanding that mathematics gives, from time to time, to those who love it the... the view will seem completely natural... It might seem that the pure mathematician, like the musician, is a free creator of his world of ordered beauty.'

Whatever Siu Yum Tong's vision of this 'world of ordered beauty', he stands before this Congregation as one of mathematics' most internationally acclaimed expositors.

Born in Guangzhou in 1943 Siu Yum long and his family came to Hong Kong when he was six years of age. He was the second of seven children, and he remembers his father telling the family members to pack for a trip. It was a trip from which the family was not to return to Guangzhou for they settled in Hong Kong. Siu Yum Tong's early schooling was at the Pui Ching School in Macau as his father considered the educational environment there was less intense. For his secondary education, the family chose the Pui Ching Middle School here in Hong Kong, a school which had already acquired a reputation for encouraging skills in the sciences and mathematics.

Coming from this Chinese school background, Siu Yum Tong had difficulties in conforming with the permutation of subjects which the University of Hong Kong had laid down as its matriculation requirements to enrol for his first choice of university curriculum - the Faculty of Engineering. Having obtained the University Prospectus from the University Bookstore, he found that his subject mix of Chinese History, Chinese Literature, Pure Mathematics, Applied Mathematics and Chemistry would enable him to enrol in the Faculty of Arts to read Mathematics, but his lack of Physics precluded reading Engineering. Of these vagaries of university regulations is the stuff of careers made, Mr. Chancellor.

Siu Yum Tong continued to nurture his aspirations towards Engineering during his first year of studies and he completed his advanced level in Physics along with his university courses. However, he had shared his dormitory accommodation with engineering students, and, taking a look at their textbooks and discussing their course work with them convinced Siu Yum Tong that his intellectual home was to be Mathematics. Perhaps the 'world of ordered beauty' is not quite as apparent in the pursuit of Engineering.

He was a member of a class of particularly high achievers. Several of his classmates have made their own reputations in mathematics, science, engineering, and, yet more recently in the administration of institutions of tertiary education in Hong Kong. Nevertheless, even in this talented company, Siu's personal intellectual prowess and his sense of purpose in his studies was evident to his teachers and his friends.

This commitment even extended to his leisure activities. He took up swimming as an undergraduate, and with no University swimming pool his year-round training sessions took him down to Kennedy Town, to swim in the harbour, in what I trust were the somewhat less polluted waters of twenty-five years ago. This discipline resulted in Siu Yum Tong breaking two of the University swimming records in his final year. It was a year that was crowned with the award of a first class honours degree in mathematics and the receipt of a Chan Kai Ming Prize in the Arts Faculty.

Encouraged by his professor, who happily is here this evening, Emeritus Professor Y.C. Wong, Siu Yum Tong sought to continue his studies in North America. He encountered a problem which is familiar to our graduates to this day. Hong Kong University transcripts do not contain grades, and grade point averages, which have become enshrined in the North American scholastic system, so the universities there always have difficulty in ranking even our most able students. However, Professor Y.C. Wong was able to explain matters to contacts at the University of Minnesota, and there Siu Yum Tong went to pursue his Master's degree.

In one of his more acerbic moments, Russell, once again, did say:

'Mathematics is the only science where one never knows what one is talking about nor whether what is said is true.'

I do not know if that saying passed through the minds of the rather few students at the University of Minnesota who studied under the renowned mathematician Professor Calabi, whose lectures had gained a reputation for being particularly hard to follow. There was the fundamental problem of the rarefied subject matter, Calabi's English spoken with a strong Italian accent, and Professor Calabis aversion for what would now be called audio-visual aids. He did not even use chalk and blackboard, and you might imagine the concentration and the ability needed to follow a lecture of solely spoken mathematics, with curves demonstrated with a mere gesture of the hands.

It was not beyond Siu Yum Tong however. He obviously impressed, Calabi and armed with Calabi's recommendation, he was accepted at Princeton University to continue postgraduate work with Professor Gunning. Siu remembers the support and encouragement of Gunning with affection, and this was the period which focused Siu Yum Tong upon the field of research in which he is now himself a leading authority - the analysis of several complex variables.

Upon receiving his doctorate in 1966, Siu Yum Tong embarked upon an academic career in the United States. It has taken him from Purdue University, to the University of Notre Dame and then to Yale, where he was to spend eight years, enhancing his international reputation and adding to his impressive bibliography. The titles of his articles and his books do assume a truly mystical quality to those of us outside the field. Mrs. Siu had one of her husband's book dedicated to her - a compilation of the lectures given in the University of Paris by Professor Siu in 1972. I was relieved that she admitted to me the title Theory of Extension of Analytical Objects' was as comprehensible to her as it is to me.

With his growing reputation, academic institutions were vying to attract this mathematician. Offers came from a number of well known departments of mathematics. In the midst of a Newhaven blizzard in the winter of 1978, it is not difficult to see why an offer from Stanford University in sunny California won the day. There the Siu's lived for four years, before Harvard attracted Siu Yum Tong back to the East Coast in 1982 to assume the Professorship which he holds to this day.

Mr. Chancellor, mathematics seems to be a sphere of academia which somehow succours brilliance. Professor Siu's exceptional intellect and abilities have been recognised internationally through visiting professorships in France, Germany and Japan. He has been accorded the very special honour of delivering the prestigious plenary address at the quadrennial International Congress of Mathematicians on two occasions in Helsinki and in Warsaw. His alma mater, two years ago invited him to return to Hong Kong to become the first Y.C. Wong Visiting Fellow in Mathematics. How fitting that this eponymous fellowship marks the contribution to this University of the man who originally first encouraged Siu Yum Tong on his path to an academic career in mathematics.

Now we wish to offer this University's highest accolade to this man who has 'voyaged through strange seas of thought' and thereby extended the bounds of mathematical knowledge through his research and scholarship. I am pleased to present Professor Siu Yum Tong for the award of the degree of Doctor of Science honoris causa.