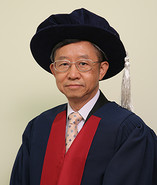 Mr Wong Kai Man is an accountant with over three decades of professional experience in auditing, initial public offerings and computer auditing, and is a Fellow of the Association of Chartered Certified Accountants of the United Kingdom (the ACCA) and a Fellow of the Hong Kong Institute of Certified Public Accountants (the HKICPA).

After graduating from HKU, he joined the international accounting firm Coopers & Lybrand, where he was trained as an accountant. When he went to work in their London office, Mr Wong specialised in computer auditing. He broadened his field of expertise to include the areas of initial public offerings, along with mergers and acquisitions in the early 1990s, responding to changes and trends in the market.

In 1998, Coopers & Lybrand merged with the accounting firm Price Waterhouse to become PricewaterhouseCoopers, one of the largest of the world’s ‘Big Four’ accounting firms. At the time, the merger created a company with combined worldwide revenues of USD12 billion, over 130,000 employees, and more than 8,500 partners. It is a reflection of Mr Wong’s talent and standing that he stayed withwithin the that firm in Hong Kong, and went on to become a member of its management board. In 2001, he founded the firm’s Capital Market Services Group to oversee initial public offerings, capital market transactions, risk management and client acceptance. He was an Audit Partner at PricewaterhouseCoopers Hong Kong before retiring in 2005, having worked in its the Hong Kong and London offices for 32 years.

Mr Wong has served the University of Hong Kong in many different capacities. He is currently a Court and Council member, Chairman of the Audit Committee of the Council, an Honorary Associate Professor of the HKU School of Business, an Advisory Board Member of Asia Global Institute HKU, an Advisory Board Member of Lap-Chee College, Chairman of the Azalea Endowment Fund, and a Member of the Mrs Li Ka Shing Fund Committee of Management. He has been a mentor in the HKU Mentorship Programme, a Member of the Standing Committee of Convocation and a Director of the HKU School of Professional and Continuing Education.

Other educational institutions have also benefitted from Mr Wong’s support. He has served as a Council member of Lingnan University and also of City University of Hong Kong, where he remains a Court member. With a group of HKU alumni, he helped establish two direct subsidy scheme schools: the HKUGA Primary School and the HKUGA College, and has been on their respective school management committees and Supervisor of the primary school.

Mr Wong is currently a member of the Financial Reporting Council. He has served government advisory committees and statutory bodies in the areas of land, immigration, energy, law-enforcement, and technology, including the Securities and Futures Commission and the Hong Kong Science and Technology Parks. He is an Independent Director of three listed companies, a bank in Hong Kong and a number of NGOs.

You may wonder how Mr Wong can cope with so many concurrent commitments -- I have not even mentioned his church and social activities!  Those who know him will tell you that Mr Wong has a strong sense of responsibility: he is meticulous, highly disciplined and always strives for perfection.

Mr Wong is an Honorary Fellow of Lingnan University and City University of Hong Kong. He was appointed a Justice of the Peace in 2002 and awarded the Bronze Bauhinia Star in 2007.

It gives me great pleasure, Mr Pro-Chancellor, to present Mr Wong Kai Man for the Honorary University Fellowship, in recognition of his contributions to Hong Kong and academia.