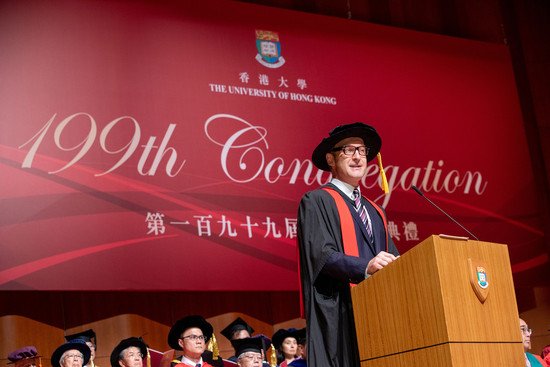 The tradition of the Vice-Chancellor’s appointment of a Public Orator began in 1959. It is the Public Orator’s duty to prepare and deliver the citations for the recipients of honorary degrees during the Honorary Degrees Congregation. The citations honour the distinguished recipients by giving well-rounded accounts of their service to the University, academia, or society. The Public Orator may also be called upon from time to time to deliver other official speeches.

The current Public Orator is Professor Charles Schencking, Professor from the Faculty of Arts.